Women on the Roll of Honour

Our Skills for the Future Trainee, Maja Shand, describes her first two months, the research she has been doing and what we can look forward to in the coming months!

For the past two months research has been underway into the staff and alumni listed on GSA’s ‘Roll of Honour’, a war memorial commissioned by the School in 1925, or thereabouts, to commemorate those who served during the First World War. Designed by former student Dorothy Doddrell, this intricate illuminated parchment, although unassuming, offers an intriguing glimpse into the lives and attitudes of the time.

Like many memorials of its day, it has a narrow interpretation of war service which doesn’t account for the numerous alumni who were probably deployed on factory floors and shipyards across Glasgow – most of those listed were soldiers, engineers, or doctors on the Western Front. Neither does it account for those who contributed to the ‘war effort’ in ways that were not sanctioned by the British government (more on that topic later) – nor for the unpaid labour of a generation of women, and sometimes men, who tended to brothers, husbands and fathers who returned from the Front physically and psychologically scarred.

Like many memorials of its day then, it can be said that those it forgets reveals more about the attitudes of the day than those it remembers. 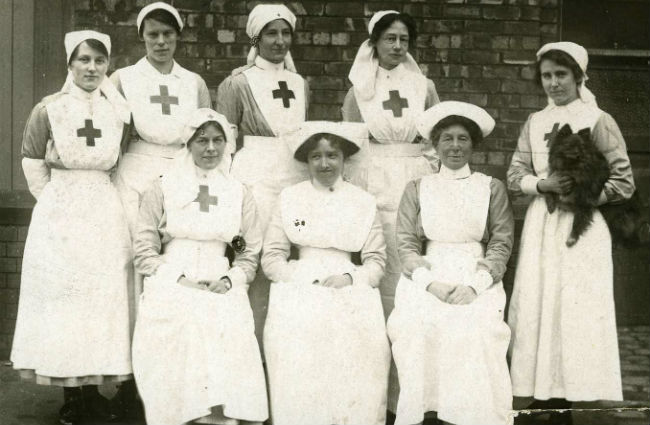 Nurses and VADs. Image courtesy of the British Red Cross

Interestingly however, the Roll of Honour does commemorate the service of twelve women, the majority of whom were Voluntary Aid Detachment nurses deployed by the British Red Cross. Their inclusion in the Roll of Honour – commissioned at a pivotal time in the history of women’s suffrage – reflects a considerable shift in attitudes towards feminised labour – ‘women’s work’ – which was, of course, traditionally deemed inferior to the gallant endeavours of the menfolk. This shift was provoked in part by the temporary suspension of these traditional attitudes to women’s work in the name of collective effort (i.e. even women were allowed to do their bit to stay the galumphing, rapacious brute that was the German Empire – and to preserve that benign imperial power we all know and love…) And of course, to a large part by the movement for women’s suffrage – which was granted in 1918 to women over the age of 30 who met the minimum property qualifications, and to all women over the age of 21 in 1928.

After a bit of digging into the histories of the twelve women on the Roll of Honour, we have unearthed some compelling stories of women who waged another kind of war: a war against conservatism, against the prevailing attitudes of the day, against expectations – against all odds. 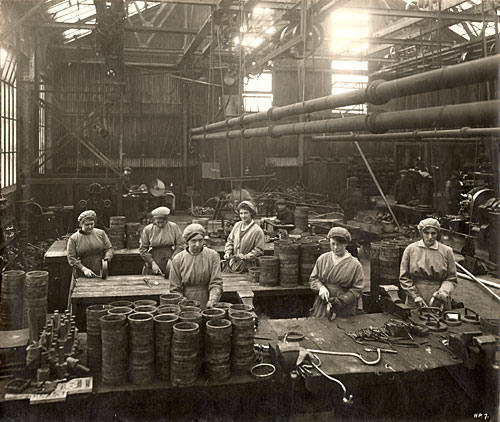 Image Courtesy of ‘Red Clydeside: a history of the labour movement in Glasgow’

Unlike the gallus women of Glasgow’s Red Clydeside – Mary Barbour, Helen Crawfurd , Agnes Dollan – these women were not ‘radicals’ in the sense that we are familiar with. They embraced the patriotic jingoism of the day like any other. And, as you might know, not even the radicals of the day were immune to blind patriotism: the suffrage movement too saw a huge fracturing among its adherents. 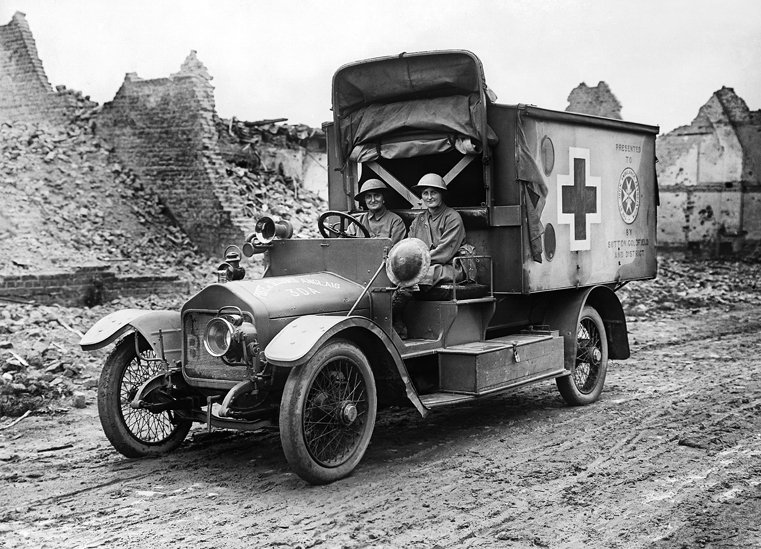 Image courtesy of the BBC

Although ordinary – like most ordinary women – these women were far from it. And like most (extra)ordinary women – from VAD nurses to ambulance drivers to orderlies in hospitals run by suffragists to Glasgow Girls and future senior surgeons – many of them faded into obscurity. The fates of a few, however, left a paper trail that led to the piecing together of their stories – which demand to be told. 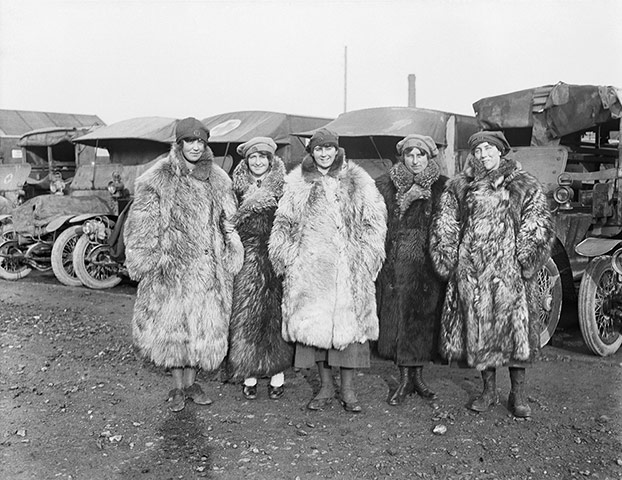 Image courtesy of the Guardian

Over the next few months I’ll be doing just that and sharing some of their fantastic, sometimes tragic tales.
For those of you who can’t wait (!), all entrants on the Roll of Honour are listed as subjects on the GSA Archives and Collections online catalogue, along with a brief biography. As research progresses over the next few months, and we make contact with the relatives of those on the Roll of Honour, all the gaps will hopefully be filled.
Stay tuned!