The Mackintosh Building: in-house research past, present and future

With work just about to start on the restoration of the Mackintosh Building following last year’s devastating fire the task of identifying what is known about the building and how it has developed and been subtlety modified over time has never been so important. Those most closely involved with the School (chiefly its staff and students) have had the advantage of living through those changes and are often best qualified to report on the building’s status.

Students and researchers from around the world have long shown an interest in the Mackintosh Building and although the number of GSA students who have pursued the subject in their own personal dissertations and theses might be relatively small in number, those that have done so have produced some interesting work. In 1976, Alison Harris, a GSA architectural student submitted ‘A report on the present and future condition of the remaining buildings of Charles Rennie Mackintosh’. 40 years later and it is widely recognised of the need for a current assessment of these buildings, something that the Charles Rennie Mackintosh Society will be leading on during 2015. Back in 1976 there was no Society!  Once this has been done it would be interesting to make comparisons between the situation then and now. 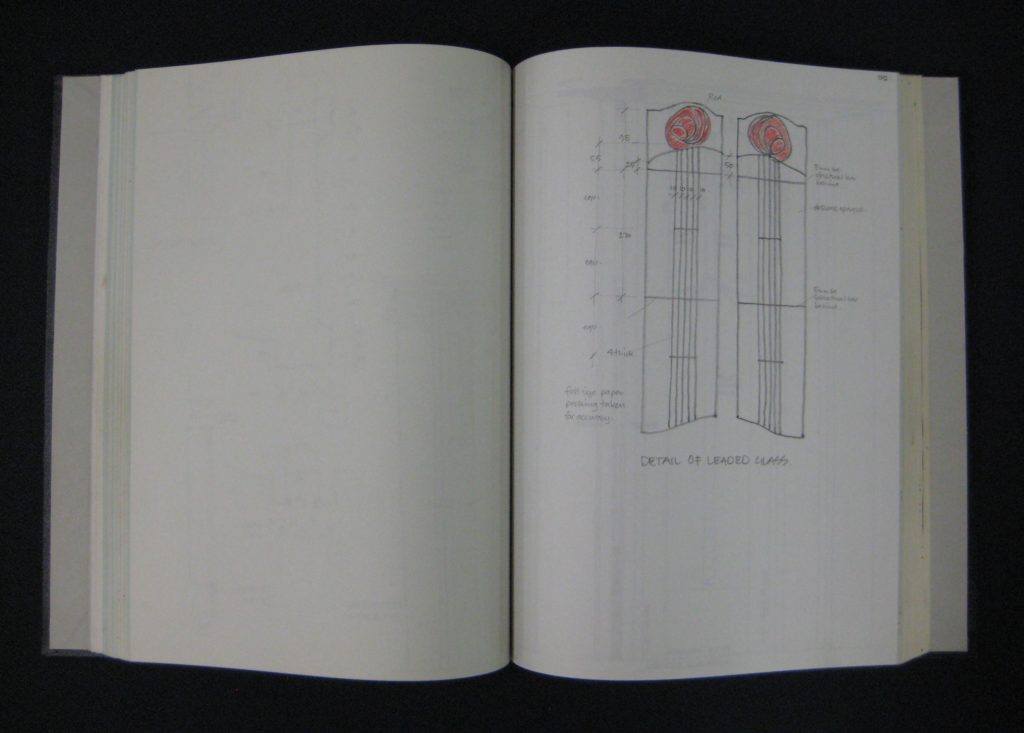 A sample page from Cooper and Moir’s 1983 student dissertation

Subsequent student dissertations have looked at various specific elements of the Mackintosh Building’s construction such as doors and doorways (Cooper and Moir,1983) and heating and ventilation (Cairns, 1992) and it’s likely that some of the information collated by past students will prove invaluable to the reconstruction process as it begins later this year.

But there is still much more to be learnt about the history of the Mackintosh Building and the Archives and Collections Centre looks forward to supporting new areas of research. Details showing the extent of the GSA archive and its associated resources can found on line via the ACC’s new on-line catalogue at: http://www.gsa.ac.uk/archives