Conservation of GSA’s Roll of Honour features on BBC News 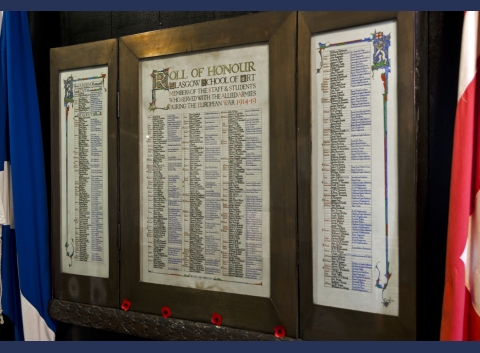 GSA’s Roll of Honour has recently been conserved and today the BBC have included a feature about it on Reporting Scotland.

The illuminated Roll of Honour was commissioned by the School to commemorate staff and students from Glasgow School of Art who served in World War One. It was designed by a former student, Dorothy Doddrell in 1925, and takes the form of an illuminated parchment in paint and gold leaf, set within a substantial copper and wood framed triptych – one large, central panel and two smaller side panels.

The Roll of Honour lists all staff, students and governors who served during the conflict. It also cites the regiments served and references those who tragically died. One of these members of staff was the School’s first Professor of Architecture, Eugene Bourdon, a French architect who had studied at the Ecole de Beaux Arts in Paris. It is hoped a new research project soon to get underway will uncover the stories behind the names of those on the roll. 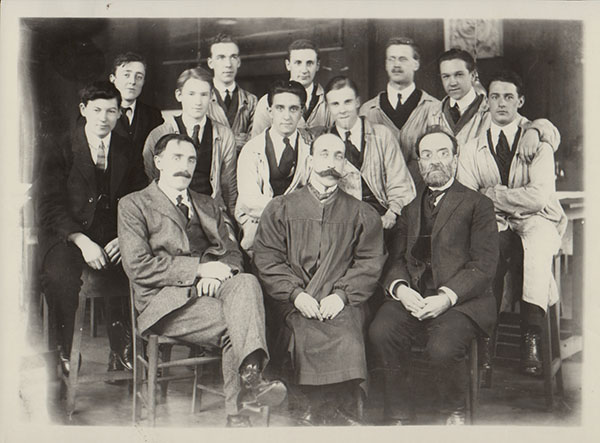 Thankfully the Roll of Honour was not affected by the fire in the Mackintosh Building in May last year. Since then, it has been removed from the building and has undergone conservation work at the Scottish Conservation Studio, made possible by a grant from the Centenary Memorials Restoration Fund.

The Roll of Honour is now safely housed in the School’s Reid Building.