Works from GSA’s collection on display at The Dick Institute

Two works from our collection, The Two Roberts by Ian Fleming and Interested and Disinterested by John Laurie, will be on display as part of a new exhibition on Robert Colquhoun at The Dick Institute in Kilmarnock. 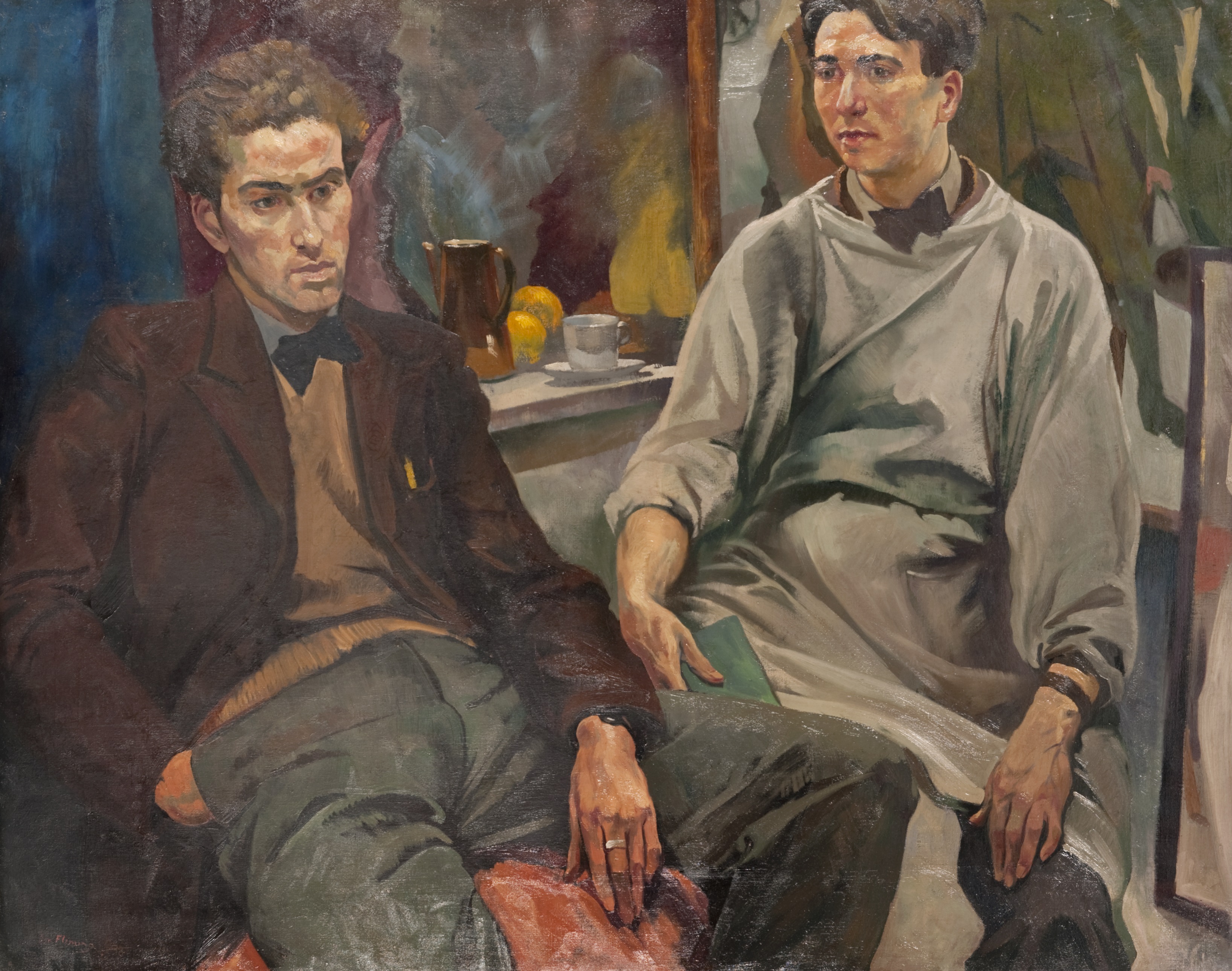 Comprising works from the East Ayrshire collection and loans from collectors and institutions across the UK, including GSA’s Archives and Collections, this exhibition marking the 100th anniversary of the birth of Robert Colquhoun, will feature drawings, paintings and prints by Colquhoun and Robert MacBryde, his long time collaborator, alongside a display of work by some of the Neo-Romantic painters and other contemporaries who influenced their work. 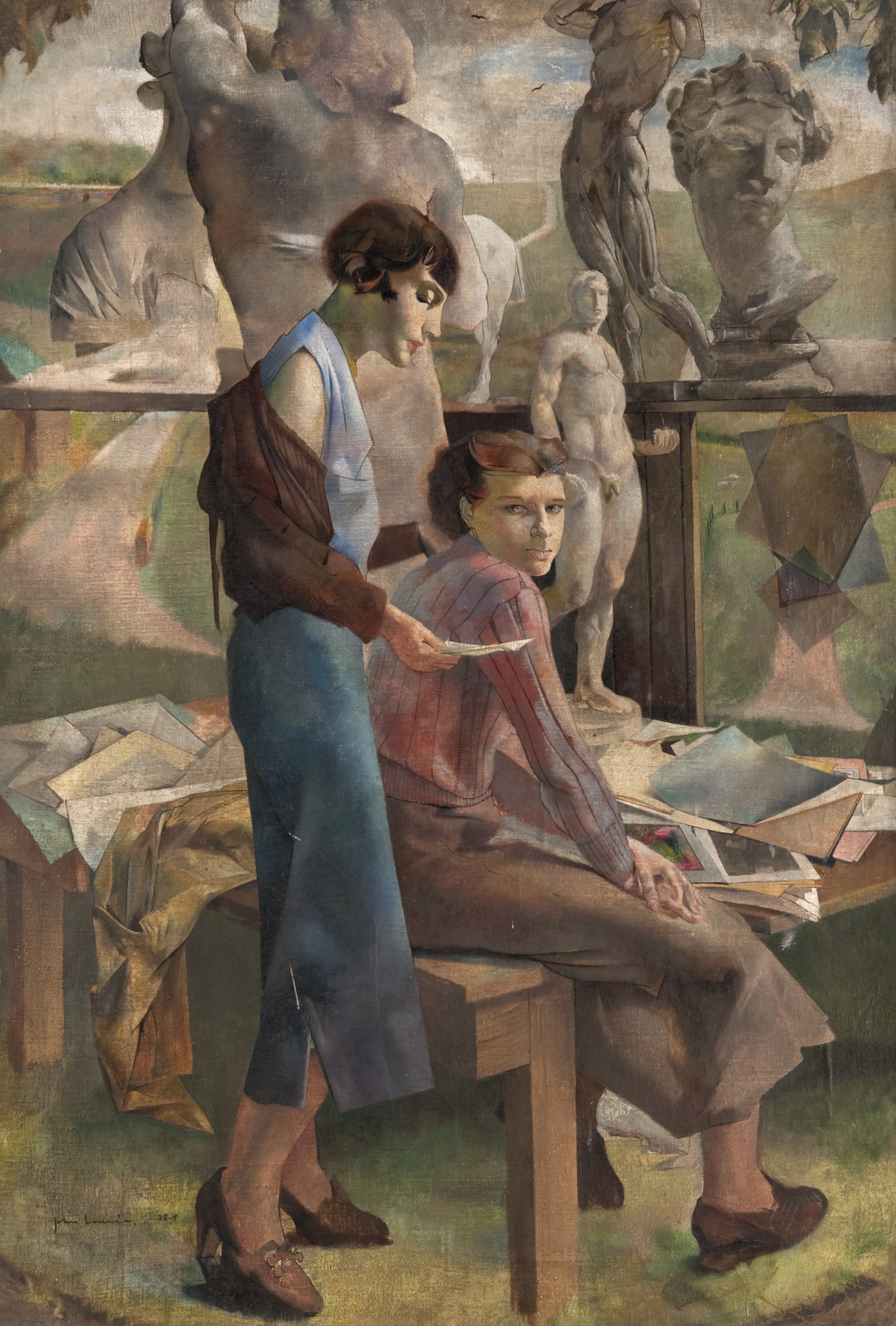 Colquhoun was born in Kilmarnock in 1914 and educated at Loanhead Primary School and Kilmarnock Academy, where he showed early promise as an artist. Despite the economic pressures of the time, Colquhoun’s family received financial support from local benefactors which allowed him to remain at school and go on to study at Glasgow School of Art in 1933. There he met fellow artist and Ayrshire native Robert MacBryde, with whom he would form a lifelong partnership, the ‘Two Roberts’ living and working together for almost 30 years. After graduating, and a short period travelling and producing art in mainland Europe, the pair returned to Britain in the run-up to WW2 and settled in London, immersing themselves in the bohemian community of painters and writers, and were on familiar terms with Lucian Freud, Francis Bacon, Dylan Thomas and others. They were soon influenced by the group of artists known as the Neo-Romantics – painters of visionary and imaginative landscapes of sombre tone.

The Burns Monument Centre will host a display about Robert Colquhoun and the Kilmarnock Academy archives complementing the Colquhoun & MacBryde exhibition and showcasing the significant archives of Kilmarnock Academy, from the school’s earliest years through the 20th century, including records and photographs of some of its famous ex-pupils (See here for more information).

The exhibition preview  is this evening at the Dick Institute, Elmbank Avenue, Kilmarnock, East Ayrshire, KA1 3BU but will be open to the public  from 25th January – 19th April 2014 (free, 11am-5pm, closed Sundays). Call 01563 554300 or visit the Dick Institute website for more information.