Part of Papers and textiles of Sylvia Chalmers

Contains "A Child Angel - an essay by Charles Lamb" and "From a Christmas Sermon - by Robert Louis Stevenson" reproduced in handwritten calligraphy. 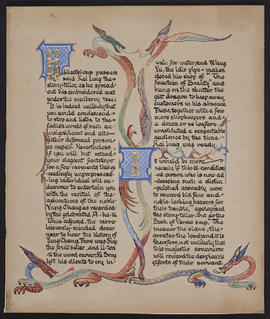 Sheets of decorative calligraphy for alphabet (Letters H & I). 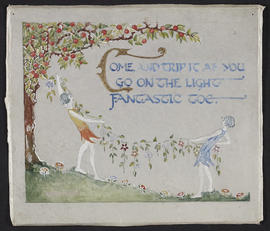 Calligraphy, decorated with two fairies: "Come and trip it as you go on the light fantastic toe". 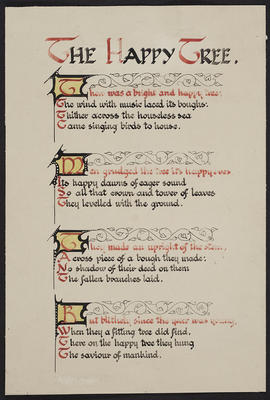 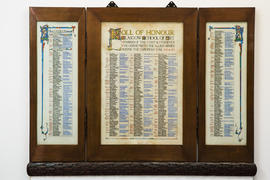