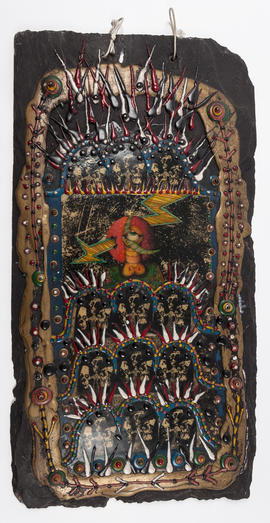 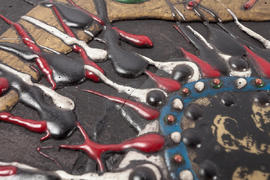 Artist in a variety of media who studied at Glasgow School of Art, 1958-63, graduating in printed textiles and doing a post-diploma year. He joined the school's staff, working in the textile department until 1988, after which he worked full-time on exhibitions and commissions. Mitchell's work sometimes had a fantastic, highly imaginative element. He developed a technique for painting on slates and showed these in his solo shows at Compass Gallery, Glasgow, in 1969-71, and at Broughton Gallery in 1980. He also showed at Qantas Gallery, 1977, in London, in other mixed shows in Britain and participated in the Compass Gallery's 'The Compass Contribution' in 1990.