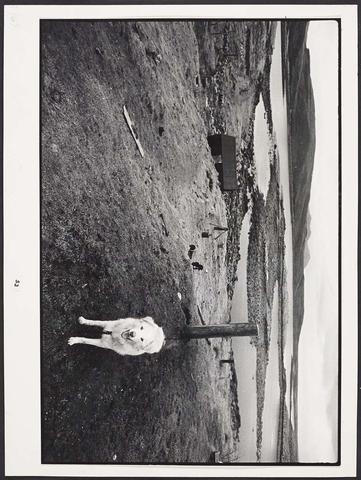 Gus Wylie was born in Lowestoft in 1935, but he spent a considerable part of his childhood in rural Scotland after being evacuated there during the Second World War. He believes his experiences of this time have fed into his work and he is now planning a small watercolour picture-book of his childhood wartime stories from this period.
He studied fine art at the painting school of the Royal College of Art, but has also taken numerous film and photography courses.
Wylie was a professor of photography at the Rochester Institute of Technology in New York where the Eastman Kodak was formed, and has also taught in Florence and at the Royal College of Art.
In 2006 Gus was made an Honorary fellow by the Royal Photographic Society. He is currently the course director of the postgraduate Masters course in fashion and photography at the University of Arts in London.

Presented by Artist to Bill Buchanan, thence to GSA collection.