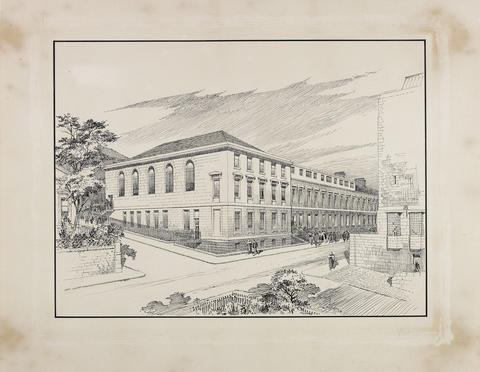 View of north side of Renfrew Street, depicting tenement block prior to new GSA extension building.