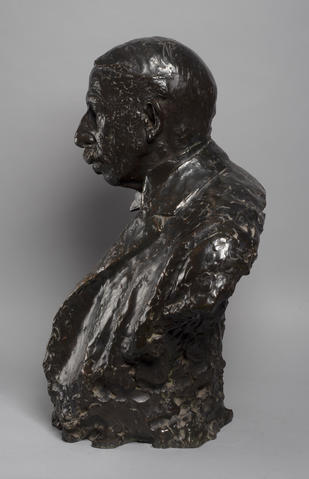 Dick, Sir William Reid (1879–1961), sculptor, was born on 13 January 1879 in Glasgow, the son of Francis Dick, a journeyman engine fitter, and his wife, Elizabeth Reid (died c1940). Little is known about the family, but there were 6 known children, two of whom were named Annie and Cathie. Reid Dick was ambitious to sculpt, and at the age of twelve was apprenticed to Scott and Rae, stonemasons, in Glasgow. For five years he learned to carve stone, including granite, and attended drawing and modelling classes at night school. In 1899, as a carver with a firm of stone decorators, he registered at the Glasgow School of Art, studying at night until he received his diploma in 1907. He accepted a post as art master at Bellshill Academy in Glasgow (1907–8), but, when first exhibiting at the Royal Academy in 1908 his address was 6 Clifton Hill Studios, St John's Wood, London.