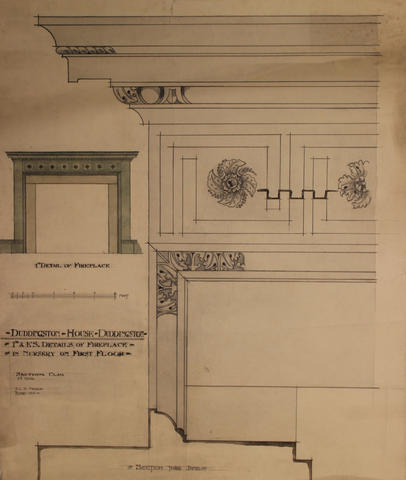 James Lovat Hosack Fraser was born in Bridge of Allan, the eldest of the three sons and three daughters of John Hosack Fraser, physician and surgeon and his wife Christina. He was educated at Stirling High School and the Edinburgh Academy. He joined the practice of Rowand Anderson & Paul. During this period he was a member of the 9th Royal Scots and was called up at the outbreak of the First World War. He received a commission in 1915 and was transferred to the Cameron Highlanders. In July 1916 he was attached to the Machine Gun Corps and went with his unit to France at the end of September. He was continually in the trenches from this time until he was fatally wounded on 18 February 1917, having reached the rank of lieutenant.