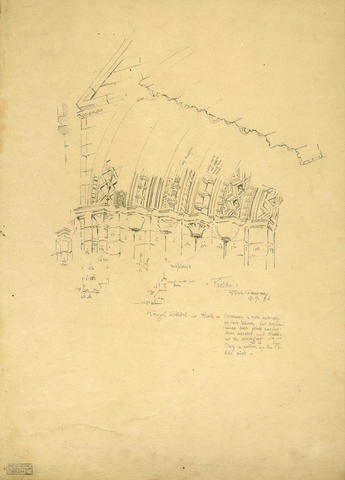 Perspective drawing of the west archway at Kelso Abbey. A section of the archway is overlayed above the perspective. Smaller sections and persectives of elements of the archway are also drawn. A note states that the drawing is a rough sketch because only a portion of the north side exists. Another annotation states that a capital is misplaced in the drawing. The drawing bears the stamp of the Glasgow School of Art Library.