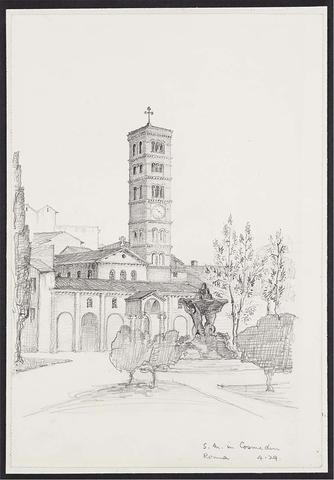 John Eadie Waddel Dallachy was born on 31 May 1904 and was articled to Thomas Andrew Millar on 11 November 1921, transferring after four years to the office of Keppie & Henderson for the final year of his apprenticeship. He studied at the Royal Technical College and School of Art, Glasgow from 1923, gaining a travelling bursary in September 1926 which allowed him to spend ten days in London and Oxford. In 1928 he was awarded his diploma and also won the John Keppie Travelling Scholarship of £100, allowing him to travel to Spain and Italy. He passed the qualifying exam in Edinburgh in July that year, and was admitted ARIBA at the end of the year, his proposers being Keppie, John Watson and Thomas Harold Hughes. From 1928 to 1931 he worked as an assistant to Wylie Wright & Wylie but was made redundant in 1933. At that time he was living at 7 Orr Square, Paisley. By c1935 he had entered into partnership with Thomas Johnston Beveridge, the partnership lasting at least into the 1960s. Dallachy died on 9 April 1995.

Presented to GSA from artist after study trip to Spain and Italy.