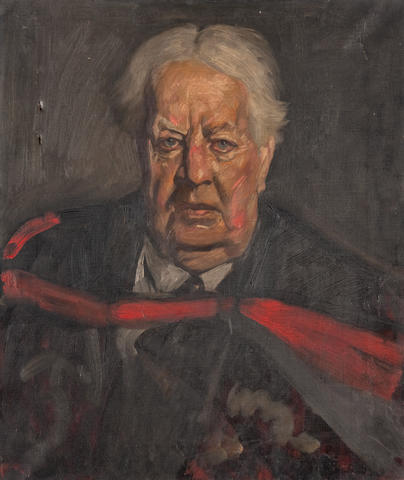 This item was lost in the fire in The Mackintosh Building at The Glasgow School of Art on 23rd May 2014. Portrait of Sir Hector Clare Cameron (1843-1928), Professor of Clinical Surgery at the University of Glasgow. This is a study of the finished work held at the Hunterian Art Gallery, University of Glasgow.