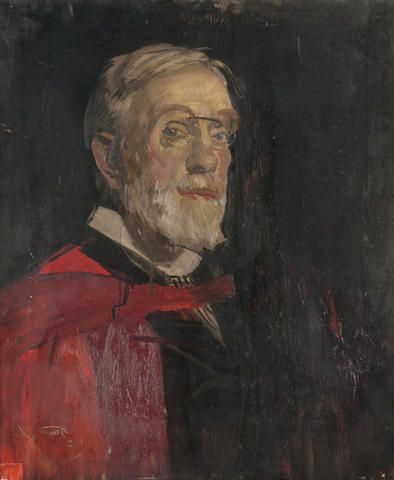 This item was lost in the fire in The Mackintosh Building at The Glasgow School of Art on 23rd May 2014. Self portrait.