During the 1970s the heavy industries which had made Glasgow wealthy severely declined. At the same time, the city’s cultural economy was beginning to grow. Organisations such as The Glasgow Print Studio, The Third Eye Centre, Transmission Gallery, Street Level Photoworks and The Glasgow Sculpture Studios were all established in the 1970s and 1980s.

During this period GSA introduced new courses in Fine Art Photography and Environmental Art. This marked a move away from painting as the primary medium for fine art students. In addition to this, the School’s undergraduate diploma which focussed on practical training in the visual arts, was replaced by a new BA(Hons) Degree course which promoted critical engagement with these subject areas. Masters Courses in Design, Fine Art and Architecture were also established.

The 1980s also saw the emergence of the New Glasgow Boys, a group of GSA graduates who produced striking figurative paintings. The success of these artists marked the beginning of a new interest in Glasgow and its artists. During the 1980s the city rebranded itself with a new marketing campaign, Glasgow’s Miles Better and successfully bid to become the European Capital of Culture in 1990. 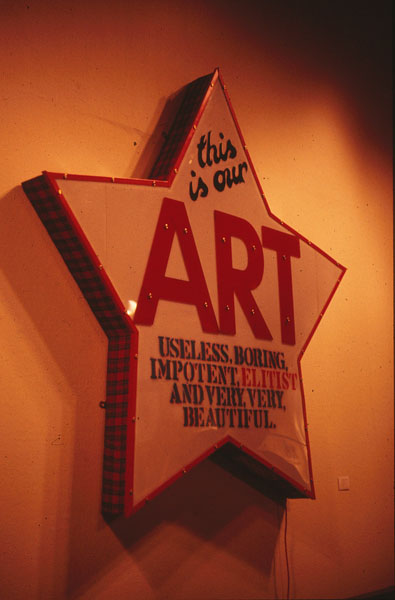